I met Nicol on Passeig de Gracia. She was wearing a red dress with long blond hair and was the first person to smile at me at a party where I knew no one. In her case, a smile to a stranger is a significant act of bravery. Nicol is a trans woman from Honduras, a country plagued by gang violence and virulent homophobia where up until 2016 strangers persecuted her for her sexuality and gender identity. LGBTQI+ refugees like Nicol are a demographic too often overlooked in Barcelona. And if we want to live up to our reputation of hospitable openness, we can do better, starting with our own neighbourhoods.

Rarely does one associate queer refugee activism with the opulent shopping district Passeig de Gracia, but this is where you can find ACATHI, Spain’s only association for LGBTQI+ immigrants and refugees. The weekly party where I met Nicol is one of their network- and support-building initiatives. In addition to providing bureaucratic guidance, ACATHI also strives to actively include LGBTQI+ refugee and migrant voices in the community, raising awareness barri by barri. Founded in 2002, the organization attends to approximately 73 refugees and 300 migrants per year.

Nicol knew she “liked boys,” as she puts it, from the early age of six. This realization was quickly followed by five years of harrowing sexual abuse at the hand of her cousin, which continued until she was old enough to fight back at age fifteen.

Barcelona welcomes around 1,600 refugee applicants each year, and they all must pass through an imperfect, underfunded, and slow-moving system that’s straining under the European refugee crisis. After a maze of government interviews, applicants are given a red card and a sliding amount of government aide which lasts one year. It can take over four years for the refugee request process to be approved (or denied). Those from the LGBTQI+ community face even more problems, as asylum seekers are often treated as a homogenous group. Difficulties they may face include placement in communal houses alongside homophobic individuals or relocation to isolated villages with no support network whatsoever.

Nicol knew she “liked boys,” as she puts it, from the early age of six. This realization was quickly followed by five years of harrowing sexual abuse at the hand of her cousin, which continued until she was old enough to fight back at age fifteen. By the time she was eighteen, working as a kitchen manager in a restaurant, all she could think of was coming out as trans. “It was my biggest dream,” she recalls. But as soon as she did, she became a target. Strangers began yelling and throwing rocks at her in the street. She lost her job. To support her mother, she had no choice but to become a sex worker. Customers, gang members and even passersby regularly attacked her and the other women on the street, sometimes fatally – yet no hospital would see them, and the police either ignored them or laughed at them. Gang members forced her to sell and take drugs, and one week when she couldn’t bring herself to come into work, the maras brought her back by brutally murdering her brother. When Nicol’s mother passed, she was devastated, but it was her cue to get out of the country. With the help of Colectivo Unidad Color Rosa, a non-profit dedicated to transgender human rights, she devised an escape plan. She left under the pretext of taking care of her deceased mother’s affairs in the Honduran capital Tegucigalpa. She never came back.

Nicol loves everything about Barcelona, even the summer heat, and she’s a regular member of the ACATHI family, teaching Zumba classes to the community. Of course she sometimes still feels discriminated against in Barcelona, but it’s different. Here, she speculates: “if someone attacked me, I think someone [else] would stand up for me.” Beyond physical safety, living in Barcelona allows her to have dreams, hopes, goals. When asked what they were, she hesitates, finally settling for: “I want to be someone who is known, respected…to be someone in life, and for people to look at me differently.”

Visibility and acceptance are indeed two of ACATHI’s goals, and organization founder Rodrigo Araneda has high hopes for Barcelona. This is a city where the 11-2014 law protects the rights of the LGBTQI+ community, a city where Rodrigo thinks conversations go “above and beyond” those in places like San Francisco or Berlin. Yet, he stresses the importance of developing neighbourhoods. “If the dialogue that happens in a city doesn’t get translated to the barrios, it doesn’t have any real application, does it?” he asks. This is more than integration, he specifies, “it’s about building a neighbourhood,” one in which refugees should play an important role. Simply put, “your neighbor could be a refugee,” he reminds us and, “you should get involved so that person has a good life.”

If Barcelona is to be the truly modern and open city it sees itself as, then it has to put in the effort. The fight is nowhere near over, and while Pride is a celebration of all that has been won, it should also serve as a reminder that there is still work to be done, and that the people you’re fighting for aren’t only in some far-off country. Often, they’re right next door. 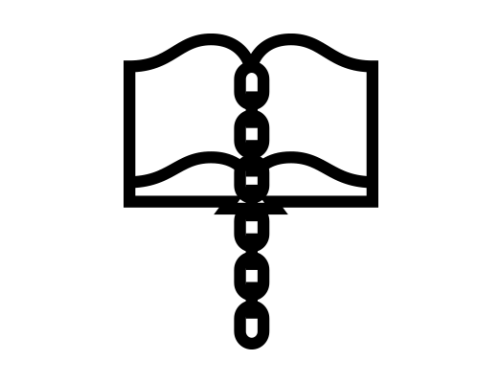 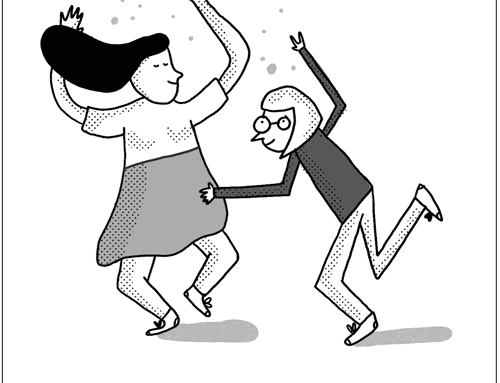